The joint choirs of Falcons Preparatory Boys’ and Girls’ schools have just returned from a very successful concert tour of Belgium.

The choir performed in a church in De Panne in front of local residents who had an open invitation to join us. They were very well received. The second was in an old people’s home near Ypres. Both concerts were exemplary with outstanding choral and solo performances in very different venues.

We also visited several sites and museums in Ypres and Passchendaele which commemorate and honour the fallen from the 1914-1918 war, culminating in a wreath-laying ceremony at the Menin Gate. Apart from the four year occupation by German forces in WW2, this service has been held at the Menin Gate every Sunday, at 8pm, since 1929. We felt very privileged to be part of it.

Thank you to Miss Walton for all her considerable efforts in organising such an important event, and to you, the parents, for your continuing support of our thriving cultural programme at Falcons. 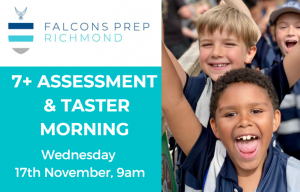