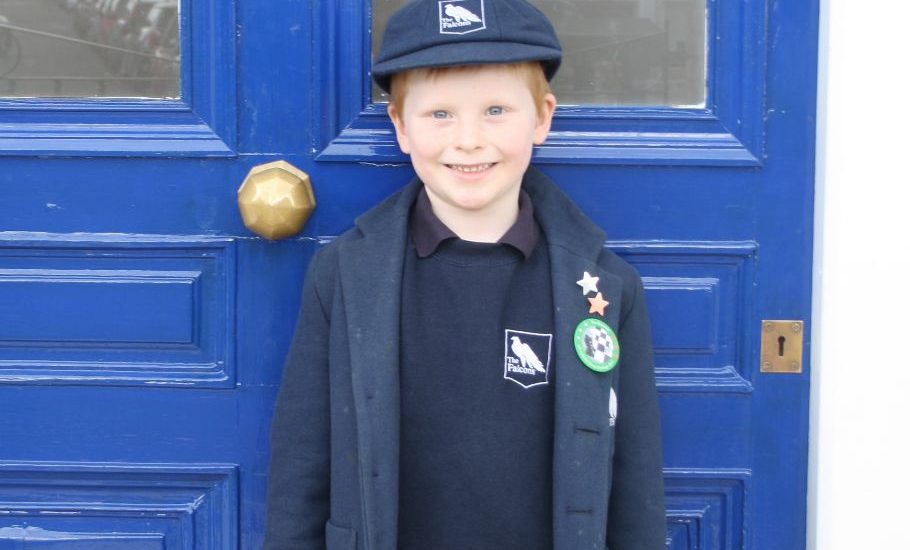 Pupils at The Falcons School for Boys pre-preparatory school in Chiswick are raising money for orphan children inside Syria. The student council used their pupil’s voice and voted for Syria Relief as their chosen charity for the year, focusing particularly on supporting The House of Daraa, a school for orphan children located in the South of Syria.

The school is currently giving education to 80 children between 4 and 7 who lost one or both parents as a consequence of the Syrian conflict. Following the decision, charity representatives visited the school to give a presentation on the work they do.

The visit inspired compassion amongst the pupils and they embarked on a mission to raise as much money as possible for the charity. Year 1 pupil Charles Dannatt, aged 6 was so inspired by the visit he donated all his pocket money £42.95.

On Friday 17 March, the school is also holding a fun run where the whole school community will be sponsored in a bid to raise a significant amount of money for the charity.

The school prides itself on celebrating diversity and fostering responsible citizens for the future. The boys are taught to encompass fundamental British values and respect everyone’s culture, morals and religion, whilst asking informed and inquisitive questions.

Already aware of those less fortunate, the kind and motivated pupils and staff at Falcons School for Boys have so far raised a substantial amount of money for the charity through various bake sales, collections at concerts and a school Quiz which was held on Friday, 24 February.

A team of fundraisers at the school have also visited Sierra Leone in the past two years to help build two schools as well as a fresh water well and sanitary facilities. They raised over £20,000 to do so.

As well as the fun run the school will also be holding a Summer fair to raise additional funds for Syria Relief, which has just received a magnificent accolade from the World Health Organisation. The charity was recognised for its outstanding work and amazing response delivered on the ground helping the people of Aleppo at the end of 2016.

Headmaster at the Pre-Preparatory School, Andrew Forbes commented: “Amidst all the press coverage of World Politics, it is wonderful that The Falcons School for Boys is focusing on basic fundamental British values for the next generation. We are a very diverse and multicultural community and the boys have a deep understanding of the importance of respecting everyone’s roots and culture. To see the boys so enthusiastically and passionately raising money for orphan school children in another country is heart-warming and we are so glad to be able to help.”

To donate or sponsor the boys visit: https://mydonate.bt.com/fundraisers/falcons1