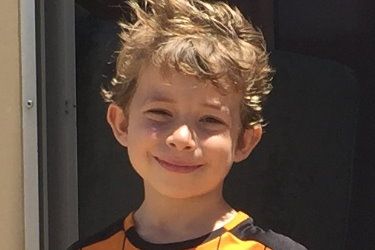 A talented boy from Chiswick and pupil at Falcons School for Boys Preparatory School in Richmond has been cast in a brand new six-part drama for BBC One based in Yemen. Toby Woolf, (8), will be debuting his acting career in The Last Post, written by BAFTA winner Peter Moffat, which is due to air later this year.

Set in the mid-60s the drama centres around a unit of Royal Military Police Officers and their families. The story is based on Peter Moffat’s childhood memories, his father’s life as an officer in the Royal Military Police and his mother’s struggle between being what the army required her to be and what she felt like being.Toby will be playing George Markham, son of the man in charge, Major Harry Markham and Mary Markham, the woman everyone goes to for help.

Incredibly, Toby originally auditioned for a Steven Spielberg film to practise his interviewing skills, ahead of his 8+ exam. Despite, thousands of boys globally auditioning for the role, Toby made it to the final few. The casting agent saw a natural talent in him which resulted in Toby being asked to audition for The Last Post. Toby will star alongside famous names such as Jessie Buckley (War and Peace), Amanda Drew (Broadchurch), Ben Miles (Coupling, RSC’s Wolf Hall), Stephen Campbell Moore (History Boys, The Go-Between)‎ and Jessica Raine‎ (Call The Midwife).

Toby is currently filming in South Africa and his proud mother, Marnie Woolf commented: “He is really sporty and loves football and rugby, we had no idea he would do so well when we took him to the open casting, it has been a complete surprise to discover he has this talent.”

“Everyone who has come into contact with him has talked about how professional he is. The cast has been so kind to him and Falcons School for Boys have been incredibly supportive. He is still doing his school work on set so he isn’t falling behind.”

Head teacher at Falcons School for boys based at Kew Foot Road, Deon Etzinger commented: “Toby has surprised us all with his natural acting ability. This is a very exciting time for him and we all can’t wait to watch The Last Post to see him hard at work. We fully support this adventure and we like to celebrate the excellent achievements of all our pupils here.”

(Courtesy of the Chiswick Herald)
< Back to News
Open Days
BOOK A PLACE ON ONE OF OUR NEXT OPEN DAYS
Learn more >
Get in Touch
CALL US TO FIND OUT MORE
Learn More >
News
VIEW OUR LATEST NEWS
Learn More >
We use cookies on our website to give you the most relevant experience by remembering your preferences and repeat visits. By clicking “Accept All”, you consent to the use of ALL the cookies. However, you may visit "Cookie Settings" to provide a controlled consent.
Cookie settingsRejectAccept All
Privacy & Cookies Policy